In today’s health-conscious atmosphere, few think that alcohol is great for you, even among drinkers. At the same time, we’ve all heard the warnings about alcohol, sugar, smoking, and the various known bad habits of the modern world, leading many drinkers to think that it’s also not a big deal either. How bad is alcohol really for the skin, and your general health?

Is drinking generally bad? Unsurprisingly, yes. How bad? Like many things, it depends on how much. There is a big difference in risk between a heavy drinker and the occasional or moderate drinker. One of the surprising findings of alcohol is that consumption is very skewed in its distribution. According to one study, the top 10 percentile of drinkers consumes more than 3 times the rest of the population combined.1 More than 50% of people drink not at all, or very small amounts of alcohol. About a third of people drink, what people call casually or socially, at 2 to 15 drinks per week. Then at the tail end of the distribution, are those that have the attitude of:

One does not simply go to a bar to have “a couple of drinks.”

This extreme distribution is consistent across numerous studies in different countries.2 The more serious dangers associated with excessive drinking such as acute alcohol poisoning, risky behavior like drinking and driving, and in the long term, liver cirrhosis, are much more common among heavy drinkers. 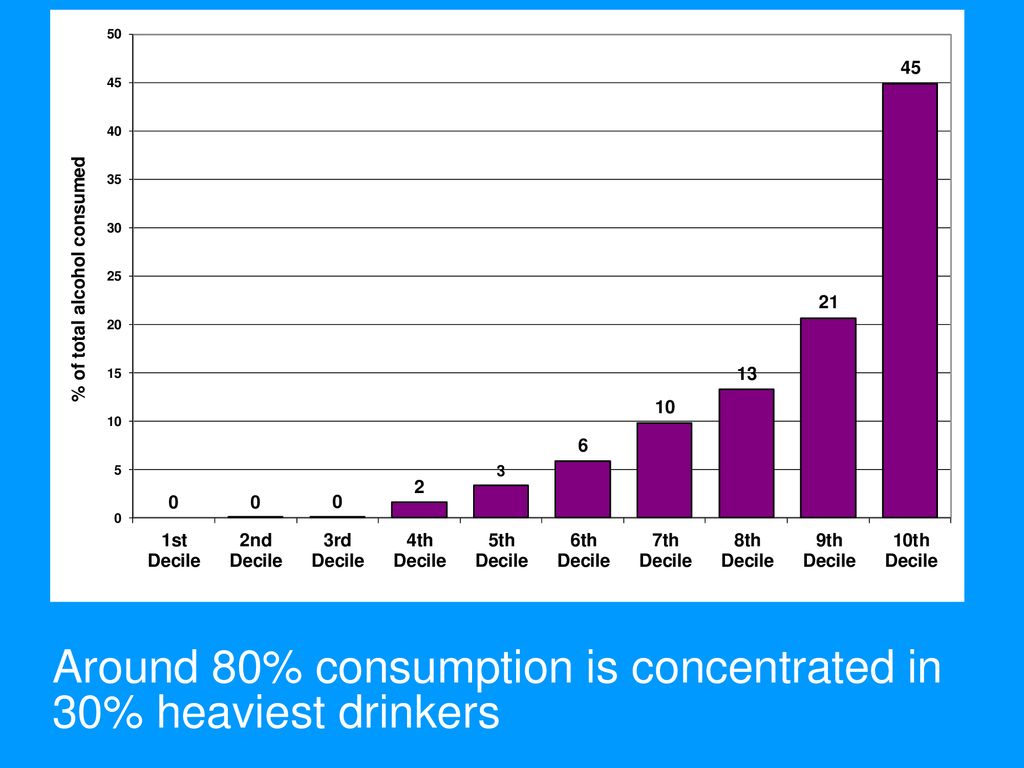 One of the lessons of these studies is that averages don’t always accurately reflect reality. While the more serious dangers of alcohol are very real, they will not correspond with the observed reality of the majority of people who do drink. So, with that warning out of the way, let’s assume for this article that you’re a social drinker – not a “problematic drinker” – however murky and fluid that distinction may sometimes be.3

How Bad is Moderate Drinking?

Over 85% of adults drink to some degree.4 This isn’t surprising given how much social support there is for this habit. Unlike smoking, which has fallen from the grace of “cool cowboy habit” into something between “unfortunate habit” and “disgusting polluter,” alcohol remains an acceptable social lubricant both in private and in business settings across most cultures. When the majority of adults drink, while we know that alcohol isn’t the healthiest habit, it can often tacitly make us feel more confident that “it can’t be that bad” since everybody does it. Is it as harmless as you think though?

In terms of health, surprisingly little is known about the effects of moderate drinking, defined as one drink a day for women, and two drinks a day for a man (one drink being 5oz of wine or 12oz of beer).5 This is because there are many factors concerning health, including exercise, diet, and other habits which are almost impossible to isolate. The correlation between drinking and health is generally negative, but this may be due to other factors associated with alcohol such as engaging in risky behavior as well. Heavy drinking is unequivocally bad both in the short and long term. On the other hand, the effects of moderate drinking on overall health are still not well established.

The Side-Effects of Alcohol Consumption

The most noticeable side-effect of moderate alcohol consumption is hangover and dehydration. It might not be the first thing you think of, but alcohol also has an immediate effect on the appearance of your skin. On a longer timespan, the effects of moderate drinking over the years will leave a more permanent mark behind as well. Let’s look at all the effects that alcohol has on the body:

The overall conclusions are unsurprising but still revealing.

COVID-19: How to Stay Healthy and Safe

Working Out From Home

A Move Towards Telemedicine, Walk-in-Clinics, and Convenience

How to Enjoy the Holidays This Year